Excellent article! It’s absolutely worth reading all the way to the end! 🙂

I hope that everyone enjoyed the series on Zaidism; the Zaidiyyah Muslims within Shia Islam seem to only be getting smaller and smaller and even Zaida’s blog is now inactive. My hope is that by doing this it’ll keep the movement alive. You can also find some of her other blogs linked below:

Unfortunately, they are also all inactive but they have more valuable information about Islamic thought that seem to be disappearing these days. It is my hope that you will open your mind to these thoughts and maybe they’ll even inspire something in your own faith!

An interesting perspective on this issue!

Melbourne Archbishop Denis Hart has said he’ll risk going to jail rather than report what’s said to him in the sacrament of confession, even if what’s confessed relates to child sexual abuse.

His latest comments, made on ABC radio, were responding to a recommendation from the royal commission into institutional responses to child sexual abuse to make reporting child sexual abuse allegations mandatory in institutions including when an allegation is made in religious confession. Failure to report would be a criminal offence.

The recommendation is one of a suite of proposed reforms to improve transparency and reporting of sexual abuse and improve the law’s effectiveness to apprehend sexual abusers and protect children.

Archbishop Hart wouldn’t report something said in confession by a child who’s been abused or by an abuser. Non-Catholics don’t understand confession, he said. Confession is sacrosanct, above the law, which is what makes it…

This is definitely an interesting contemporary issue in society…

By Melissa Davey and agencies

The archbishop of the archdiocese of Melbourne, Denis Hart, said he would risk going to jail rather than report allegations of child sexual abuse raised during confession, and that the sacredness of communication with God during confession should be above the law.

He was responding to a report from the child sex abuse royal commission calling for reforms that, if adopted by governments, would see failure to report child sex abuse in institutions become a criminal offence, extending to information given in religious confessions.

Speaking to ABC radio 774 in Melbourne, Hart said he stood by comments he made in 2011 that priests would rather be jailed than violate the sacramental seal. 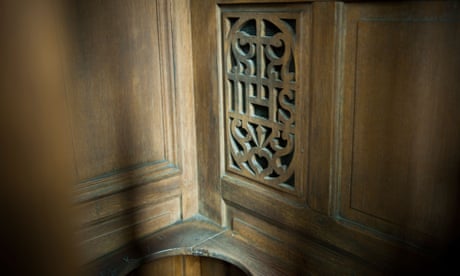 “I believe [confession] is an absolute sacrosanct communication of a higher order that priests by nature respect,” Hart said on Tuesday morning.

This is a great and important post to consider!

All About Muslim Marriages

Question: My problem is in Islam, A woman must obey her husband, she can’t go out of the house without his permission, and she even has to obey her husband even if he tells her to do something that she hates; and she obeys him even against herself or her parents’ will – why is it like this? A woman is a human being with the right to think and decide for herself. Sometimes a woman can think in some situations more clearly than her husband, but if the husband says something, then his words are the ones to be followed – why is it like this? Why do I have to obey my husband even before obeying my father who raised me up all these years? I know that in Islam, men and women are equal, but this doesn’t seem like equality. I am not questioning Islam or God…

I wrote several months ago on the issue of whether or not hell is permanent or temporary (at least for some people) in Islam but ended my post somewhat confused because there are so many different opinions on this issue, not to mention all the different passages from the Hadith that may not always be considered authentic or in the spirit of the Quran. I’d only mostly managed to find some Sunni Hadith about the issue but recently found some from the Shia books and wanted to add them to the discussion:

From these you can easily come to the conclusion that hell will indeed be temporary for some at least. I’ve often heard the opinion that those who would be allowed to live forever would sin forever so they will remain in hell forever, but those who sinned gravely and  would eventually come to repent at some point will be removed from hell after their punishment is completed. This opinion seems to be in accordance with these sayings of the Prophet and the Imams.

These passages from the Shia Hadith collection would also fit in with those who argue that in the Arabic tongue the word used to describe the length of being in the hellfire isn’t “everlasting” but instead “lasting a very long time.” In contrast they also argue that the one describing paradise does mean “everlasting,” but then again I don’t speak Arabic so I’m assuming that the people who wrote these things were very knowledgeable in the matter. Only God truly knows where each one of us will go at the end of the day.

Yesterday I wrote a post about tattoos which links to another post about the same topic that I’d written previously but did not notice until now that one Tumblr link in it had become corrupt since I changed the name of the blog. I can imagine that this has happened in other sections of the website as well but right now I really don’t have the time to look through absolutely everything and update it all so I’m going to give you a quick and easy solution on how to make the content reappear.

The corrupt links that still wear the previous name of the blog show up as this:

What should be a Tumblr module that shows up is nothing more than a link to the error page now. The solution is simple: replace my old username with the new one, so where it says nomorehurtingpeoplepeace replace it instead with keepyourgoodheart which is my new username. Nothing else in the link changes, aside from the username everything else is still the same.

Try it for yourself right now! Click on the corrupt link above and replace the username. Previously you got this page, and with the new username in the link you’ll get this page. The module that vanished should actually look like this here on WordPress:

I suppose that eventually I’ll have to manually change these broken links but for the moment anybody reading my blog who comes across one should use this method to access the disappeared content, because it hasn’t really disappeared 🙂

This is a very important article, thank you for sharing!

Written by Dr. Abdul Alim: Since the execution of the Shia Cleric Al-Nimr over the weekend, and the subsequent tensions that have worsened the relations between Saudi Arabia and Iran, the international media has gone into a frenzy on the Shia-Sunni conflict among Muslims. Once again Islam’s image is being tarnished as a religion whose followers are blood thirsty and unable to live with each other and therefore, by extension of this logic, are also unable to live in peace with people of other faith.

A cursory look at media coverage of this rising tension between Saudi Arabia and Iran confirms a subtle undertone. The international media seems to continue to look for the “Other”, in partnership with dominant powers, for someone to blame for current global crisis, conflicts and sense of insecurity to perpetuate the unfair global policies they have come to rely upon to maintain a status quo…

As a Shia reading this makes me very sad because although I highly respect Sunni Muslims (and all other Muslims, Quranists, Ahmadiyya, etc.) I often feel like we get second-class treatment from other groups and now with Trump getting in the mix it’s bound to be a real disaster 😦

It reinforces sectarianism and gives a boost to Sunni autocrats 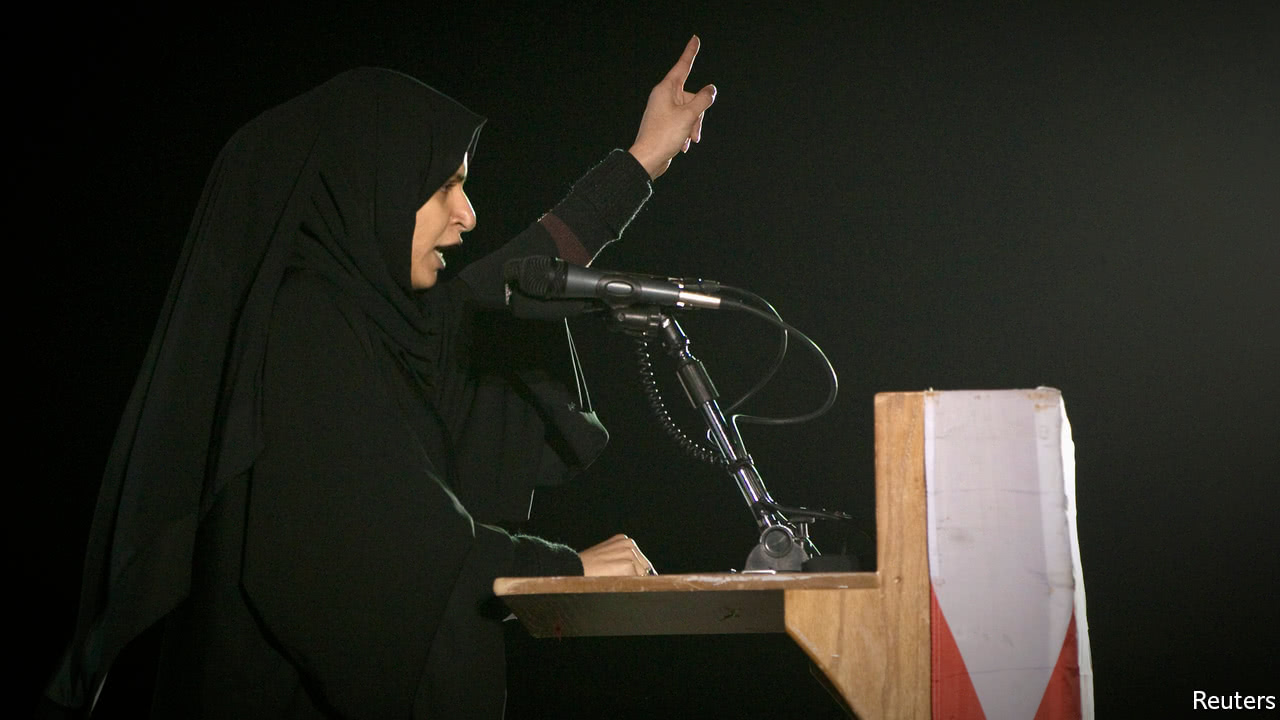 Whenever something happens to alter the global equilibrium between Sunni and Shia Muslims, the ripples can be felt across a huge swathe of the earth, from the Atlantic to the Pacific. And one such alteration came with Donald Trump’s recent visit to Saudi Arabia, where as colleagues have written, he aligned America more firmly with the Sunni kingdoms of the Gulf. The president also pleased his royal interlocutors by harshly denouncing the behaviour of Iran, epicentre of the Shia Muslim world.

As was noted this week by many participants in a global human-rights festival, the Oslo Freedom Forum, the new American line seems to give the Saudis and their local allies a free pass over domestic policy. It now seems that terrible violations of basic human liberties, such as the flogging of brave…

My name is Jamila Mikhail (but you can call me Meela for short) and this blog is my outlet where I get to express myself and my thoughts about life and things that affect me, social and religious issues, stories and other writings, as well as whatever else passes through my head. I'm passionate about history, literature and television. My love for God and humanity motivates everything I do and I constantly love to learn more. I'm very open-minded and my hope is that this blog is a warm, positive and interesting space on the internet. You'll have to read through my endless writings and get to know me for yourself because I am an enigma even to myself.

Everyone regardless of gender, race, nationality, religion, sexual orientation or anything else is welcomed to contribute to the meaningful discussion on this page but no spam or hateful comments will be tolerated from anyone under any circumstances. This is a place of peace, there is enough hatred, discrimination and bigotry in the world without spreading it here. Everybody that comes here has the right to be treated with decency and respect and everyone has the right to have their opinions heard and considered. Even if you and I can't change the world, we can at least contribute to making it a better place through kindness, a gentle spirit and a compassionate heart. It is my hope that all who come here will do so with an open mind and leave with a great sense of satisfaction that there is still more goodness than evil in this ever-changing world.

This blog only reflects the personal opinions of the author and is not formally affiliated with any other individual or organization of any kind. I am not a professional or a scholar of any kind and the ideas here are solely my own. At times I will link articles, webpages, books and more from external sources but that in no way means that I completely agree with or endorse all other material or viewpoints propagated by that individual or organization.